The Smith Teaching and Learning Grants are awarded by the Vice Provost for Academic Engagement and Student Achievement to faculty members who submit proposals supporting innovative ideas that enhance teaching and learning at WSU. This year’s recipients include Dr. Nikolaus Overtoom as well as Dr. Tracey Hanshew and instructor Robert Franklin for a joint proposal. Congratulations to all award recipients!

Dr. Tracey Hanshew has been selected to receive the early career achievement award for career track faculty! This award recognizes faculty who have demonstrated outstanding accomplishments in teaching, scholarly and creative and/or service activity early in their professional career. Congratulations Dr. Hanshew!

Dr. Bob Bauman and WSU Tri Cities lecturer, Robert Franklin (MA 2014, WSU), have released their new co-edited book, Echoes of Exclusion and Resistance: Voices from the Hanford Region. Echoes of Exclusion and Resistance “focuses on the experiences of non-white groups such as the Wanapum, Chinese immigrants, World War II Japanese in carcerees, and African American migrant workers from the South, whose lives were deeply impacted by the Hanford Site,” (WSU Press). You can read more about this new book by clicking here!

The Department of History is honored to receive praise from the Office of Assessment of Teaching and Learning for not only the success of the general history courses being offered, but also for the success of the Roots of Contemporary Issues UCORE program. History as a whole department was recognized for its high quality learning and assessment practices while RCI was recognized for its exemplary student learning assessment system for a UCORE program in partnership with WSU Libraries.

As we settle into this new academic year we want to take a moment to look back and appreciate some achievements that were not previously recognized over the last few months as we transitioned through staff changes!

Marina Tolmacheva traveled to two international meetings this summer. In August, she attended the 25th International Congress of the History of Science and Technology in Rio de Janeiro, Brazil. Tolmacheva presented a paper in the symposium on the “History of Isla…mic Science: Global and Local,” and also gave the academic year’s Inaugural Lecture in the Geography Program at the Universidade Federal da Integração Latino-Americana (Foz do Iguaçu, Parana). In July, she attended the regional conference of the Central Eurasian Studies Society in Bishkek, Kyrgyz Republic. The conference was hosted by the American University of Central Asia. In addition to presenting a paper, Tolmacheva was invited to speak at two other local universities: the International Relations Faculty at Balasagyn National University and in the Department of Foreign Languages at the International University of Kyrgyzstan.

Review the conferences and their content at the links below!

Jesse Spohnholz’s article, co-written with his Dutch colleague Mirjam van Veen, titled “The Disputed Origins of Dutch Calvinism: Religious Refugees in the Historiography of the Dutch Reformation” appeared in the most recent issue of Church History.

Madeleine’s Children is rare narrative in world history of an enslaved person challenging his status in court and winning his freedom. It is the first full length biography tracing slavery in the Indian Ocean world and contains a detailed family saga of love, betrayal, hope, and struggle set against the broader context of plantation slavery, Parisian society, and colonization. 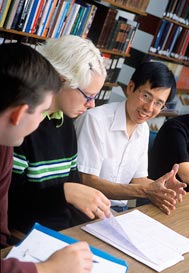 WSU history faculty have a number of responsibilities: teaching, research, and service to the department, the university and the profession.

Our faculty consists of Full, Associate, Assistant, and Clinical Professors, as well as Instructors and Senior Instructors. All ranks participate in the department’s research and teaching mission.

Our professors have published extensively in a wide range of fields and have earned a reputation for high-quality classroom teaching.  Our senior faculty routinely teach undergraduate courses and participate in faculty-mentored student research at the undergraduate and graduate levels.

Whether you are a freshman, a transfer student, or a senior, you will find many opportunities to interact with a wide variety of committed and talented teachers and scholars.

The WSU History Club is a recognized student organization open to students from any major.  History Club members participate in in a variety of social, educational, and service activities. 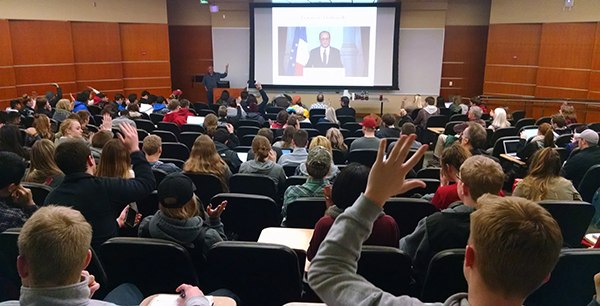 The History Club’s goal is to help students, of any year and major, explore their historical interests and interact with lovers of history on campus.

This year the History Club has elected an entirely new panel of student leaders and is planning a year full of on campus events, trivia, debate, and internship opportunities.

Meetings are held on Mondays