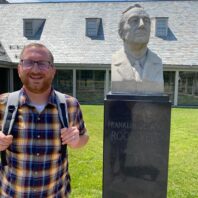 Jordan was born in Seattle but raised in the small logging town of Raymond, Washington. He graduated from Raymond High School in 2007. After completing his Associated degree at Grays Harbor College in Aberdeen, he attained his Bachelor’s degrees in history and political science at Central Washington University in Ellensburg, Washington. He attained his Master’s degree in history from CWU in 2015. Jordan then worked as a historian for the National Park Service in Sitka, Alaska. From 2016 through 2019 Jordan was a Community Corrections Officer for Washington State Department of Corrections based in Goldendale, Washington, before returning to academia. Jordan is now entering his fourth year at WSU and works under Dr. Matthew Sutton in the history department. His doctoral research focuses on the role of American Nazi groups, anti-interventionists, and the FDR administration in the isolation debate of the 1930s. Jordan’s other research interests broadly include critical theory, intellectual history, political history, and transnational history with special attention on the history of nationalism, political conservatism, “radicalism”, and the intersections of race and ethnicity in national identity. 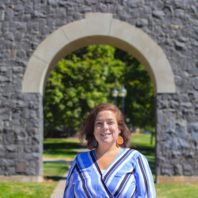 Samantha Edgerton is a second-year doctoral student working with Dr. Laurie Mercier. Her primary research fields are women and gender, race and ethnicity, social movements, and popular culture in the 20th century United States. She received her bachelor’s degree in History and a minor in Women’s Studies, then an MA in History in 2019. Her Master’s thesis, “Better Than Being on the Streets”: Oregon, Idaho, and the Battered Women’s Movement, centered on interpersonal violence (IPV) and the battered women’s shelter movement in Oregon and Idaho during the period 1975 through 1994. Edgerton examined how the battered women’s movement transformed public consciousness about IPV in the Pacific Northwest and offered a historical analysis of the people and institutions that created shelters, pursued legislation criminalizing IPV, and the political backlash they faced in the early 1980s.

Non-historical interests include travel, attempting to improve as a photographer, and being a soccer mom. 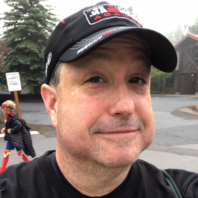 Sam Fleischer, ABD, is a fifth-year doctoral candidate working under Dr. Matthew Sutton. His primary research fields are gender, politics, race, and sports in twentieth-century America, examining the intersection of women’s athletics and the Olympic Games during the Cold War era. Sam has been teaching English and journalism at Foothill College in Los Altos Hills, CA, since 2002, and in addition, he spent 20 years in educational administration and multidisciplinary course instruction as the Special Assistant to the Office of the President Emeritus at Michigan State University (1998-2018). Sam has earned graduate degrees in education, English literature, and history, and he also works as an academic success coach in the WSU Academic Success and Career Center. 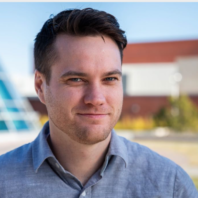 Daniel Fogt, ABD, is a doctoral candidate from Houston, Texas working with Dr. Jesse Spohnholz. He holds degrees from the University of Idaho and Wheaton College. His dissertation is tentatively titled “Regulating Marriage and Socio-Religious Boundaries: The Reformation and Acts of Nonconformity in Netherlandish Refugee Communities, 1560-1600.” His research examines how sixteenth-century Dutch-speaking migrants utilized adjacent and overlapping religious spaces and legal jurisdictions to marry individuals their communities rejected, to abandon unwanted partners, or to escape accusations of bigamy and adultery. 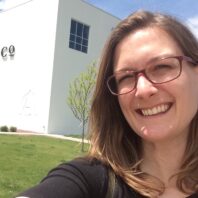 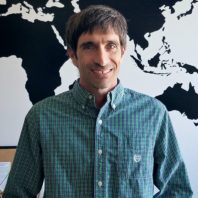 Aaron Jesch is third year PhD student working under Dr. Laurie Mercier on a project that links the Industrial Workers of the World’s culture of labor radicalism to topics of art (tattoos and music) and sexuality, especially as they relate to ideas about protests and other forms of thought and behavior. It ultimately explores how protests as a performance (soapbox street speaking) became performance as a protest (working-class songs and theater) all in an effort to dismantle the inequities and unfairness of the capitalist system. 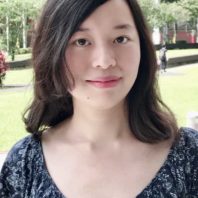 Pamela Hsinhsuan Lee is a Ph.D. student in economic and medical history at Washington State University and works with Dr. Ashley Wright. Her research interests include the social, economic and public health networks connecting Asia and the world in the nineteenth and twentieth centuries, and imperial and colonial policy. 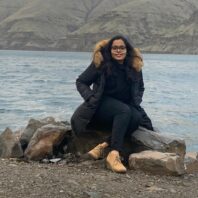 Sreya Mukherjee is a first-year doctoral student working under Dr. Ashley Wright. Sreya was born and raised in Kolkata, India. She has completed her B.A. and M.A. degrees in History from Jadavpur University, Kolkata. Before moving to the United States, Sreya interned with the National Museum, New Delhi, and DakshinaChitra, Tamil Nadu. She was a Sahapedia-UNESCO Fellow in 2017. Her research interest caters to the subcontinent’s social history with a focus on the consumption of inebriants and gender dynamics in late 19th century and early 20th century India. When not working, Sreya likes to travel, sing, and play the ukulele. 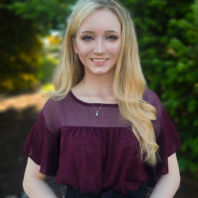 Camilla Nisco is a first year MA student studying under Dr. Brecher. Her primary area of research is in Japan during the postwar era after WWII. She received her bachelor’s in Asian Studies from Washington State University in 2021, where she discovered her passion for study of East Asia and the Japanese language. When not working, she enjoys drawing, listening to music, and playing French horn. 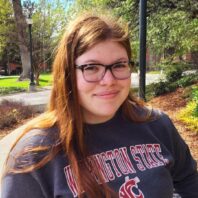 Jessica O’Rourke is a first-year MA student studying under Dr. Rob McCoy. She received her Bachelor’s degree in History and Museum Studies from the University of Wyoming. She has a passion for museums and historic preservation. O’Rourke is pursuing her MA in Public History in hopes that she may enter into the museum field. 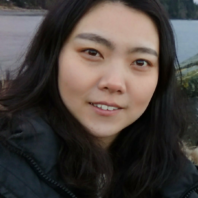 Mina Park is a first-year doctoral student working under Dr. Noriko Kawamura. Mina was born and raised in Changwon, South Korea. Before she came to Pullman, she studied U.S. food aid to South Korea and the change of South Koreans’ dietary culture after WWII to complete the second MA in history from Miami University of Ohio. She earned the first MA in history from the Chung-Ang University in Seoul, South Korea; the research focus was on Charles H. Haskins’s historical view which is based on the theory of the twelfth-century renaissance, who was an American historian of the early 20th century. Her current interests are mainly in the U.S.’s 20th century foreign relations with Asia regarding agricultural policy, capitalism, and popular culture. When not working on her studies, she enjoys listening to music, doing exercise, and travelling.

James Schroeder is a doctoral student working under Dr. Noriko Kawamura. Schroeder’s research interest focuses on the military history and foreign relations of the United States in the twentieth century.