Skip to main content Skip to navigation
Mark your calendars! The “Fallen Cougars” exhibit is opening on December 15th, 2021:
Events and Programing | Center for Arts and Humanities | Washington State University (wsu.edu)
To see a description of the project, please visit here.

Alan Malfavon will be doing a Son Jarocho performance and talk tomorrow at Bryan Hall Theatre from 11am to noon for World Music Day – this event will be livestreamed on the WSUPullmanMusic YouTube page. 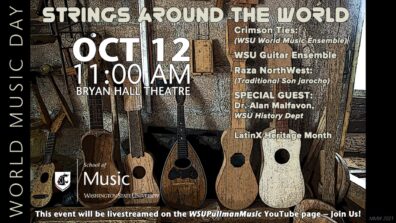 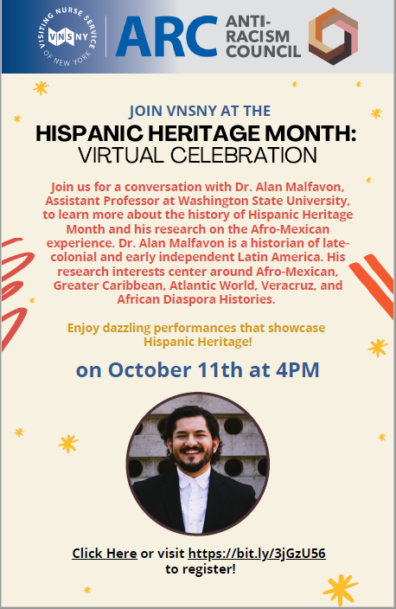 Bob Bauman, lead liaison with the United States Holocaust Memorial Museum and the Center for Arts and Humanities, organized a panel being given Thursday, October 7th from 4:30pm-5:45pm at WSU-TriCities on “The Holocaust, Neo-Nazism, and White Supremacy.”

It will be available on Zoom (registration link below) and available afterward on the WSUTC YouTube channel. 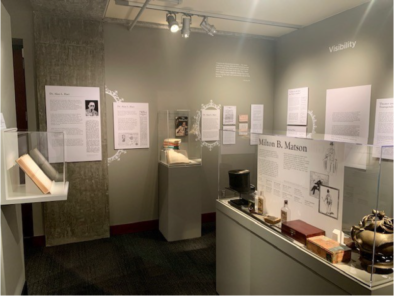 Crossing Boundaries: Trans History, Then and Now, on October 14th at 7:00 PM.

Join via Zoom for this conversation about the history of transgender people and how westward migration provided opportunities for self-expression and fulfillment. Viewers will have the chance to submit questions to the panel during the Q&A portion of the program.

Advance registration is required to get the Zoom link. Register here.

Get details about the Crossing Boundaries exhibition and learn more about Dr. Boag here.

WSU Alum and faculty member Trevor Bond will give an illustrated presentation and reading from his recently published book Coming Home to Nez Perce Country. 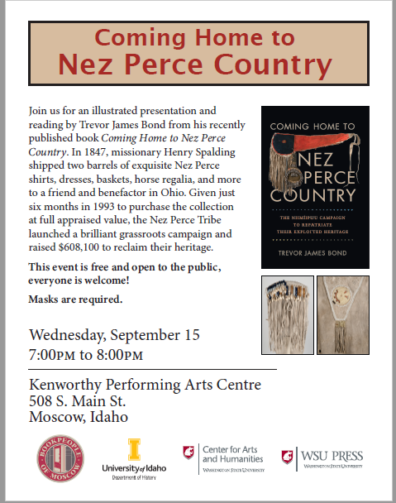 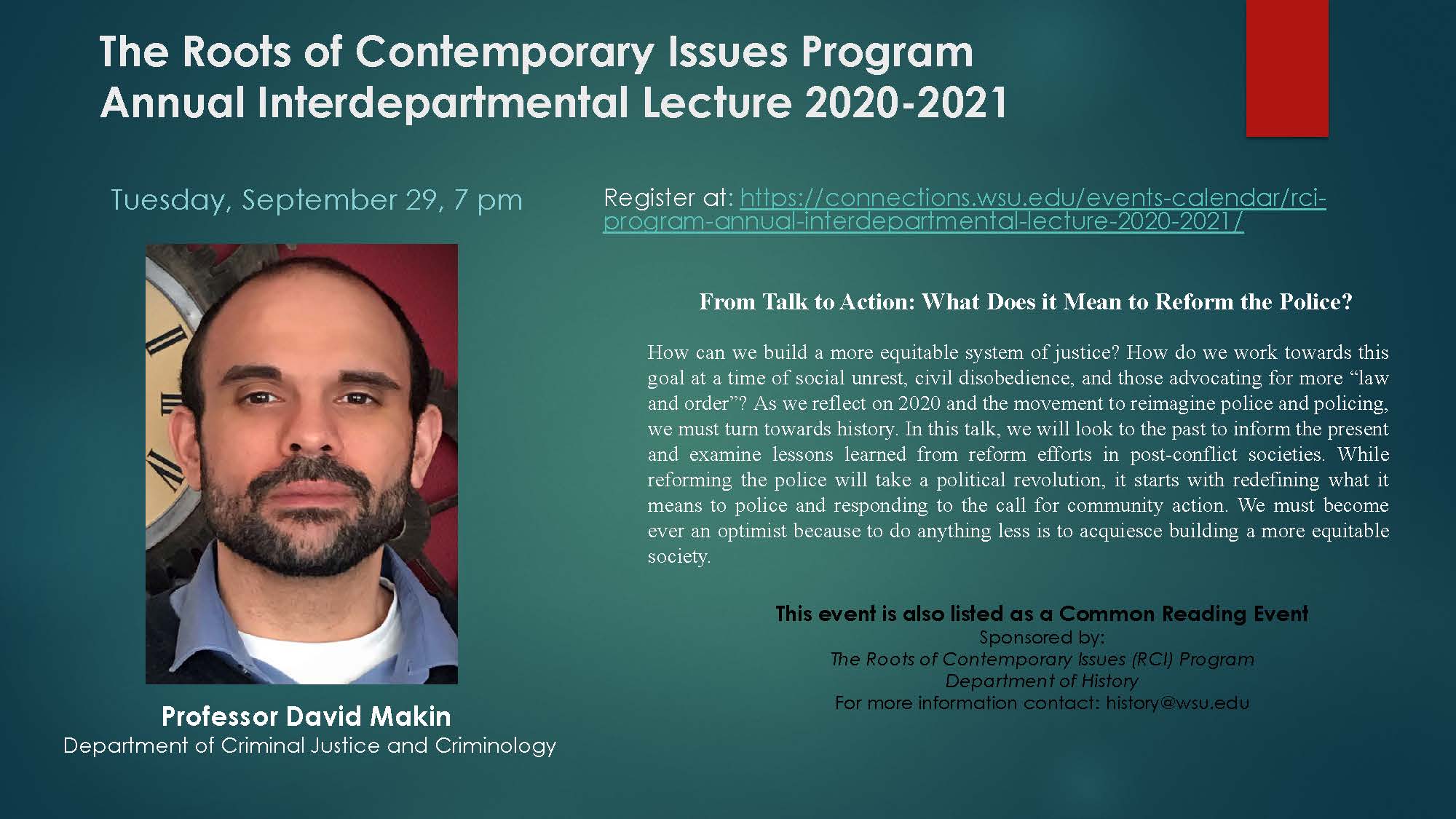 The Seattle Holocaust Center for Humanity will be hosting a noon-hour virtual presentation via Zoom and Facebook Live by a major genocide expert, Dr. James Waller. While COVID-19’s impact continues on a global scale – economically, socially, politically, and existentially – it will be particularly felt in deeply divided, fragile, conflict-prone, or at-risk societies.  In such societies, it is absolutely vital that policy measures be taken for preventive action before risk escalates to the point of mass atrocity.  This presentation will review some of those pressure points related to governance, economic conditions, and social fragmentation.  The pandemic, and its potential to serve as a trigger for mass violence, makes our shared work of atrocity prevention more urgent than ever.