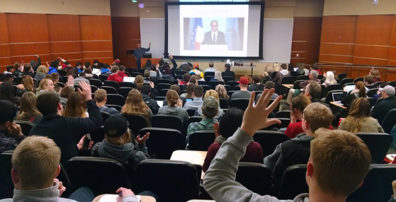 In the spring 2016, the History Club sponsored three presentations, one of which was a panel discussion relating to research and careers in history featuring Drs. Jenny Thigpin, Lawrence Hatter, and Frank Hill.

In April, the History Club hosted a pair of talks, one by Dr. Michael Delahoyde, from the WSU English Department on the true history and background of William Shakespeare. The second was a point–counterpoint discussion about whether the American or the French revolution that had the greater impact on world history, as argued by Drs. Lawrence Hatter and Steve Kale, respectively.