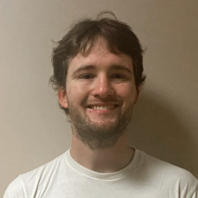 Hello, everybody. I am entering my second year as a master’s student in history at WSU. My research interests focus on the 20th-century Caribbean region, specifically the twin-island republic of Trinidad and Tobago. I examine the effects of the Black Power movement in the 1970s in Trinidad, with my master’s thesis specifically looking at different cultural changes brought on by the movement. I spent three years of my undergraduate degree at the University of the Southern Caribbean in Trinidad and Tobago, which inspired my interest in Caribbean history. That interest and passion has stayed with me throughout my academic career and into my graduate studies at WSU.

I am incredibly thankful for the generosity of the History department and the travel and research support provided by several funds, including the Cooney Family Graduate Fellowship. This money has allowed me to travel to Trinidad for eight weeks throughout the summer so I can study in the republic’s National Archives and in the University of the West Indies Archives. This archival research is fundamental for my master’s thesis as many of the primary sources I am examining are available only in Trinidad and Tobago. The funds have helped with my flight to Trinidad and my stay while I am here. I look forward to completing my archival research over the summer and using my sources to craft a master’s thesis that is up to the standards of the excellent history department that we have at WSU. 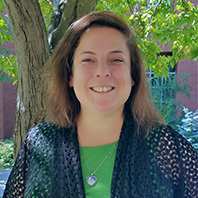 My dissertation, supported by the Claudius O. and Mary W. Johnson Graduate Fellowship in History, focuses on Chicana/Latina organizing in East Los Angeles during the 1970s through the 1990s. I highlight how community organizing for programs dedicated to job training, childcare, welfare rights, and free medical clinics led Chicana/Latina women to address intimate partner violence (IPV) in their lives and the efforts they undertook to offer community-based resources to survivors and their children. Finding archival records about women’s shelters and other IPV resources presents a challenge for the researcher because many of those records were destroyed or sealed due to privacy concerns. However, I was able to identify multiple collections housing records for different Chicana organizations and activists who worked under the umbrella of the Comision Femenil de Los Angeles. In addition, through a graduate student workshop I attended last fall, I contacted the lead archivist at California State University Los Angeles to review the Gloria Arellanes collection. Arellanes was a former Brown Beret who organized Las Adelitas de Aztlán, a women’s group, where they started a free health clinic in East LA, La Clinica del Barrio. I also identified Chicana activists who went into politics and worked in the late 1980s and 1990s for the Los Angeles Mayor’s Office as well as different regional and city government positions where they worked to implement changes to the police and court systems to address IPV.

Comision Femenil de Los Angeles, founded in 1970, was organized to advance the image, role, and contributions of the Chicana in the community. They founded the Chicana Service Action Center (CSAC) in East Los Angeles, which primarily provided job training services for Chicana/Latina women. As an outgrowth of their work with women in their community, they also established a bilingual shelter for battered women and their children. Activists from CSAC also branched out to open the first bilingual rape hotline, which also grew to include services for IPV. I flew to Los Angeles in June and spent two days at the Department of Special Research Collections at the University of California, Santa Barba reviewing their collection of records for Comision Femenil Mexicana Nacional, which included records for CSAC as well as Comision Femenil Los Angeles. I spent June 8 at CSU Los Angeles reviewing the Arellanes collection, June 9 at UCLA reviewing Mayor Tom Bradley’s collection, and June 10 at the Huntington Library, which had several boxes containing the legislative records for Gloria Molina, a former CSAC activist who worked on domestic violence legislation as a member of the Los Angeles County Board of Supervisors. This research trip was invaluable in terms of the number of documents I found in these collections that will be vital for my dissertation. I plan to make a second trip in September to conclude my research with oral history interviews and to finish going through the Molina collection at the Huntington.

Thank you to our donors, alumni, and friends for supporting our students with contributions to History fellowships and award funds. Your gifts are deeply appreciated!