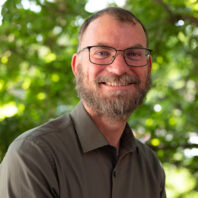 Director, History for the 21st Century
Professor of History

Spohnholz’s research focuses on social practices of toleration in Reformation-era Germany and the Netherlands, experiences of religious refugees during Europe’s Age of Religious Wars, and historical memory of the Reformation. His first book, The Tactics of Toleration (2011), explores the daily tactics of peaceful coexistence along the Dutch/German border during Europe’s Age of Religious Wars. His second book, The Convent of Wesel: The Event that Never Was and the Invention of Tradition (2017), solves a 450-year-old mystery and examines historical memory of the Reformation in the Netherlands and northwest Germany from the sixteenth to the twentieth-first century. His third book, Ruptured Lives: Refugee Crises in Historical Perspective (2020), examines the causes and effects of refugee movements in world history. In 2021, he completed a seven-year project funded by the Dutch Research Council with Mirjam van Veen, at the Vrije Universiteit Amsterdam, that explores the experiences of sixteenth-century Dutch religious exiles living in the German-speaking lands. They are currently completing their co-written book on that topic. He is also Director of the History for the 21st Century project of the World History Association that offers free, student-centered and inquiry-driven curricula to faculty and students.

2018    DAAD/GSA Book Prize, awarded by the German Academic Exchange Service and the German Studies Association for the best book in German history published in the previous two years.

“A Response to Philip Benedict’s ‘Of Church Orders and Postmodernism.’” As a part of a Discussiedossier decided to my book, The Convent of Wesel: The Event that Never was and the Invention of Tradition. BMGN-The Low Countries History Yearbook, forthcoming, 2021.

“The Polyphonies of Microhistories: Yair Mintzker and The Many Questions of Historical Perspective.” Central European History, 53, no. 1 (2020): 221–27.

“Exile Experiences and the Transformations of Religious Cultures in the Sixteenth Century: Kleve, England, East Friesland, and the Palatinate.” Journal of Early Modern Christianity, 6, no. 1 (2019): 43–67.

With Mirjam G. K. van Veen, “The Disputed Origins of Dutch Calvinism: Religious Refugees in the Historiography of the Dutch Reformation.” Church History 86, no. 2 (2017): 1–29.

“Invented Memories: The ‘Convent of Wesel’ and the Origins of German and Dutch Calvinism.” In Archeologies of Confession: Writing Histories of Religion in Germany, 1517–2017, edited by Carina Johnson, David M. Luebke, Marjorie E. Plummer, and Jesse Spohnholz, 284–303. New York: Berghahn, 2017.

With Mirjam G. K. van Veen. “Calvinists vs. Libertines: A New Look at Religious Exile and the Origins of ‘Dutch’ Tolerance.” In Calvinism and the Making of the European Mind, edited by Gijsbert van den Brink and Harro M. Höpfl (Leiden: Brill, 2014).

“Multiconfessional Celebration of the Eucharist in Sixteenth-Century Wesel,” Sixteenth Century Journal 39, no. 3 (2008).

“Strangers and Neighbors: The Tactics of Toleration in the Dutch Exile Community of Wesel, 1550–1590,” Bulletin of the German Historical Institute 38 (2006).