I received my PhD from Emory University in 2016 and hold an MA and BA from the University of British Columbia.  Prior to arriving at WSU, I was a postdoctoral fellow in the School of Transborder Studies at Arizona State University from 2016-2018.  My research and teaching interests include migration, transnational history, agriculture, and environmental history.  I have conducted archival research, oral histories and fieldwork in Bolivia, Mexico, Paraguay, Canada and the United States.

My book manuscript, Landscape of Migration: Transnational Migrants and Agro-Environmental Change on Bolivia’s Tropical Frontier, 1952-2000 is currently under contract with the University of North Carolina Press.  It explores the role of migrants in the “March to the East” a large-scale settlement and rural development initiative undertaken by the Bolivian state after a 1952 revolution.  Under that slogan, hundreds of thousands of settlers arrived in the semi-tropical Department of Santa Cruz in Bolivia’s Eastern Lowlands to begin new lives as frontier farmers.  Among these migrants were indigenous Bolivians from the nation’s highlands, low-German speaking Mennonites from Canada, Paraguay and Mexico as well as groups of Japanese and Okinawan colonists that had been re-settled with support from the Japanese government and the U.S. military.

Together these diverse streams made the March to the East a uniquely transnational affair and a compelling case study for understanding belonging, migration and mid-century rural modernization.  The results of half a century of colonization have also profoundly re-shaped region and nation in Bolivia.  The city of Santa Cruz de la Sierra, a dusty frontier town of 40,000 in 1950, has surpassed Andeans centers like La Paz to become Bolivia’s largest city, the fastest growing city in South America, and the center of an agro-industrial empire of soybeans and settler colonies that stretches across the once-forested plains.

In addition to this research I maintain an active interest in the transborder history of the Chaco War (1932-35), the largest inter-state conflict in 20th century Latin America.  My recent article in Journal of Latin American Studies explores the foodways and place-making strategies of Russian Mennonite refugees who settled at the heart of the region disputed by Paraguay and Bolivia immediately before hostilities broke out.  An earlier chapter in the edited collection, The Chaco War: Environment, Ethnicity, and Nationalism examines Bolivian engineer Miguel Rodríguez’s unrealized plans for a massive canal that, he claimed, would alter the course of the conflict and the future of the region. 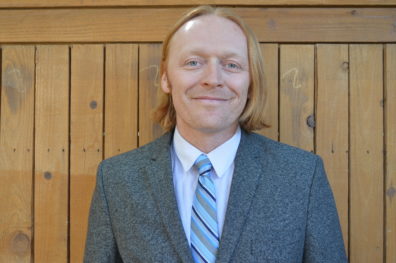