“This is not a course on the state of the contemporary world,” I tell my students on day one in Roots of Contemporary Issues (RCI), a 100-level, one-semester course required of all students entering Washington State University. The course topic may not be the contemporary world, but it pushes students to understand specific events and processes unfolding all around them by encouraging close examination of the historical origins of change and cultivating intellectual skills useful to a range of disciplines and career pursuits.

Read more of Clif Stratton’s blog post at Process: A Blog for American History, “Teaching The Past Through the Lens of the Present.”

Dr. Orlan Svingen and generous department donors, Jack and Janet Creighton, were recently featured in an article posted by the online WSU News.

Professor Matt Sutton has had a new book published by the Oxford University Press: Faith in the New Millennium; the Future of Religion and American Politics.

The Co-editor is Darren Dochuk, associate professor of history at the University of Notre Dame.

It is on display in the main History office!

On October 23, she presented a paper entitled “Constructing ‘Spanishness’ through Empire: Representations of Muslims and Moriscos in Colonial Histories” at the Sixteenth Century Society and Conference in Vancouver, BC.

And last but not least her book, Forbidden Passages: Muslims and Moriscos in Colonial Spanish America (University of Pennsylvania Press) is scheduled to appear in May 2016. It is now available for pre-order on Amazon.

Professor Jennifer Thigpen has been awarded the 2015 Donald J. Sterling, Jr., Senior Research Fellowship, which will support four weeks of research in the collections of the Oregon Historical Society Research Library. Professor Thigpen is currently conducting research for her next book length project, “Going Out to the World: The American Foreign Mission Movement in the Global West.” 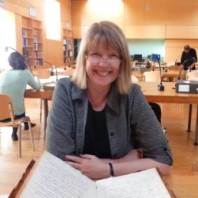 Sue Peabody’s article, “French Emancipations in Comparative Context” has been published in the volume, Abolitions as a Global Experience, edited by Hideaki Suzuki, (Singapore: NUS Press, 2015) 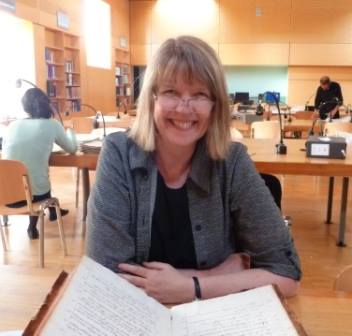 Karen Phoenix will be presenting a paper “Recreation as Re-Creation: The US Young Women’s Christian Association, the Manila YWCA, and Physical Fitness/Recreation as Education,” at the History of Education Society annual meeting in St. Louis this weekend.

Professor Hatter has been invited to deliver the inaugural Stanley Pargellis Lecture in Early American History at the University of Nevada on November 5. He will speak about “The Colonial History of the Early Republic”